Mattel is slowing revealing their 2013 San Diego Comic Con exclusives over the course of the next five days. The first reveal is quite a doozy, as the SDCC Exclusive Masters of the Universe Classics figure set has been announced as Stonedar and Rokkon, The Comet Warriors!

The Comet Warriors have arrived! This 2-pack of vintage MOTU Rockmen figures includes the young and excitable Rokkon™ and the wise and heroic Stonedar™. Recreate the Filmation look with snap-on arm and leg armor, or go bold(er) and transform into full rock mode with the additional snap-on front piece! Each figure also comes with trademark laser gun that they can hold, or can be snapped into chest. These figures, sculpted by the Four Horsemen, come in window box packaging and are not part of Club Eternia.

Pixel Dan’s thoughts: Seeing as how I’m a big fan of the Go-Bots Rock Lords figure line, you can imagine that I’ve also always had a fondness for the vintage Comet Warriors figures from MOTU. This is a pretty exciting announcement, since I think most folks didn’t think we’d be seeing these guys anytime soon because of all of the unique tooling required.

This also plays perfectly into the notion that Mattel is going to focus primarily on the Vintage figures in the coming year, and this set is sure to be received by fans much better than last year’s Vykron. I’m sure some collectors will be slightly worried about not getting a set of these classic characters since they are exclusive to SDCC, but the good news is that these will also be available on MattyCollector.com after the convention. If the past is any indication, these guys really shouldn’t be too hard to get a hold of. At least, not any harder than the usual MOTU Classics figure. I know, not exactly easy. But not impossible. *cough*HasbroExclusives*cough*

So yep, I’m excited for this one! I hope we eventually get a Granita to accompany Stonedar and Rokkon, but I’m happy to see these two as is. 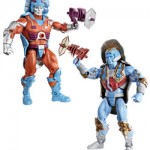 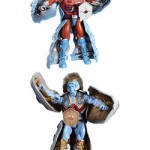 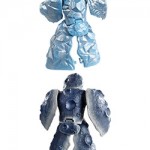 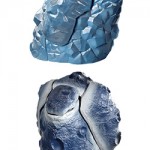 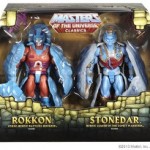 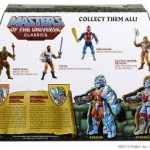