Not too long ago I told you about a cool Kickstarter campaign for a cool Vinyl USB figure called PapBehr. The campaign has reached it’s goal, and has even blown beyond the minimum and has even reached the first stretch goal! As a result, the guys behind the project are proud to introduce their first variant: Destroyed PapBehr! We’ve hit our first stretch goal of 35K! This means that our second toy, Destroyed PapaBehr, is now available to backers!  Anyone who has pledged the ‘Heroic’ mode ($100) and up will receive the Limited Edition Destroyed PapaBehr. We spent the last 3 weeks designing ‘Destroyed PapaBehr’ and we’re excited to produce it along with the original PapaBehr. He’s equipped with a detached bionic eye, detachable chest plate (so you can see his inner circuitry), and hand cannon! We’re on our way to our second stretch goal of 50K: The Neo-Samurai Armour and Weapon Set!

You can check out and back the PapBehr Kickstarter campaign by clicking here. 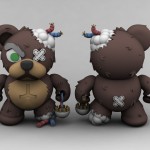 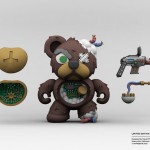 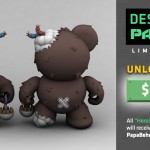