Toys R Us has finally announced their exlcusives for the 2013 San Diego Comic Con. Like the last few years, Toys R Us will have an offering of exclusives that you can pick up at SDCC before they are found in retail stores. These items will be available at the Entertainment Earth booth (#2343). Click through to check out this year’s exclusives. TRANSFORMERS MASTERPIECE ACTION FIGURE – ACID STORM ($75) Little is known about the mysterious air warrior Acid Storm. He serves quietly and anonymously under his commander Starscream and Lord Megatron. He speaks rarely, but when he does, it is in passionate defense of the Decepticon cause. His oratory skill is so great that those few who have heard him speak believe he has a great future among the Decepticons. But Acid Storm has no ambition other than to soar high in the sky, seeding clouds with the deadly corrosiverain that gives him his name. TRANSFORMERS MASTERPIECE ACTION FIGURE – SOUNDWAVE ($120) Behind his impassive expression, Soundwave is as cold and ruthless as they come. He cares nothing for right or wrong, for the advancement of a cause, or the welfare of his fellow Decepticons. All he cares about is information, and he acquires it any way he can. He spies on everyone, from the lowliest Autobot scout to Megatron himself. He hoards information the way a miser hoards gold, sharing it sparingly, if at all. No one knows what the true purpose behind his obsessive data collection is, but all fear him for the secrets he keeps. MY LITTLE PONY – NIGHTMARE MOON ($25) Available for the first time in a large scale, the My Little Pony Nightmare Moon figure is the majestic ruler of the dark in Equestria. Vowing to have the night last forever, this sister pony of Princess Celestia is a dark unicorn Pegasus princess that stands 8½” tall. Press her moon-shaped cutie mark and Nightmare Moon will play sounds and phrases as her midnight blue sparkle wings light up and move up and down. Plus, her purple mane can be styled with the included comb and barrettes. MY LITTLE PONY – RAINBOW DASH AS SHADOWBOLT ($15) Ready for the fun-filled Nightmare Night festival, Rainbow Dash pony, dressed as a Shadow Bolt villain, is all set to pull off her next prank! Fans can now own a My Little Pony Shadowbolt figure of their own with this 3” figure inspired by the popular series, My Little Pony: Friendship is Magic. This collectible Shadowbolt figure features Rainbow Dash pony’s signature rainbow mane and tail, glow-in-the-dark accents and a Shadowbolt cutie mark. THE WALKING DEAD COMIC BOOK 2 – THE GOVERNOR’S DAUGHTER ZOMBIE ($20) Nothing is stronger than a father/daughter bond, as seen with The Governor and his daughter Penny. Transformed into a walker early on, Penny has been cared for and fed by her unconditionally loving father. Penny features 12 points of articulation and includes a bucket of fresh body parts (severed leg, severed foot, severed hand, intestines, heart and Rick’s severed hand) for feeding time. Figure also includes a fish tank with trophy heads collected by The Governor. One of the heads can be used as an alternate head for Michonne’s Pet Zombie Mike, allowing you to build Michonne’s second pet and Mike’s best friend, Terry. WORLD WAR Z – GERRY LANE ($15) World War Z revolves around United Nations operative Gerry Lane, who traverses the world in a race against time to stop a pandemic that is toppling armies and governments, and threatening to decimate humanity itself. Recreate the intense action of World War Z with the new 6” Gerry Lane figure from Jazwares. Figure is articulated and includes accessories! WINX CLUB – LIMITED EDITION DELUXE DAPHNE DOLL ($30) Meet Daphne, Bloom’s sister, the eldest daughter of King Oritel and Queen Marion. Daphne shines golden, bound in Lake Roccaluce since being transformed into a spirit by a dark spell against her. This 11½” doll is limited edition! ADVENTURE TIME – LADY RAINICORN PUPPIES PLUSH ($30) Jake and Rainicorn’s puppies have arrived, and they’re heading to their very first Convention! Say hello to Charlie, T.V., Viola, Kim Kil Whan and Jake Jr.! All are featured in the Adventure Time Lady Rainicorn with Pups plush; collect them all in one, multi-piece plush exclusive, while supplies last. 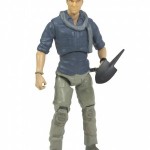 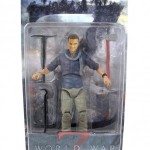 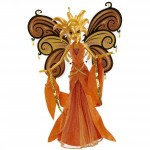 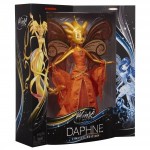 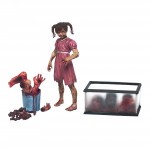 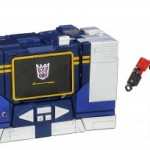 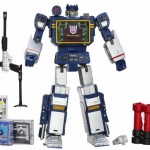 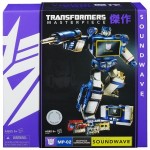 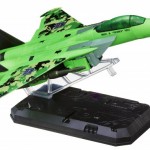 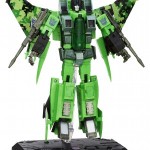 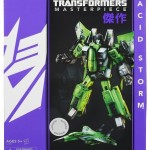 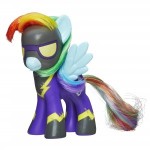 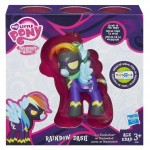 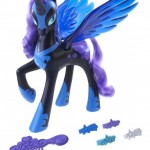 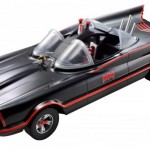 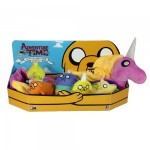