Mystical Warriors of the Ring gets PVC Release at NYCC!

Mystical Warriors of the Ring have been on quite a roll lately! Their resin mini figures have been selling out almost immediately after going on sale for each drop. And now, big news is being dropped that the figures will be making the switch from resin to PVC! That means mass productiona nd cheaper prices! Click through for the details!

We have taken the next step to get Mystical Warriors of the Ring into as many hands as possible, and so we are taking the 3 figures which have not been produced in resin and making them into a PVC release starting with two limited production runs , one of Flesh (the same flesh as the recent Weaponeer of Monkaa run) and one of a nice bright Red. Future runs and future figures will be determined by how well this one is received. We are shooting to have them be softer then OMFG figures so they will probably be closer to MUSCLES, but since all we have is test shots we won’t be sure till closer to NYCC.

If all goes well with timing they will be available at the Onell Booth at NYCC.  If for some reason they do not make it to the Con they will be for sale at our online store http://www.fantasticplastictoys.com in a first come first served basis.

Due to the timing this is going to be a very basic drop, figures will come with no extras. The 3 pack will be between $9.00 and $10.00 and figures will not be available individually!

You can find more detailed and up to the minute information about pricing and availability at our website http://www.mystwarriors.com and can visit our store http://www.fantasticplastictoys.com 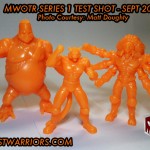 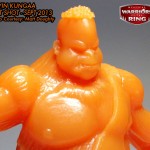 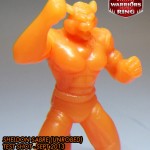 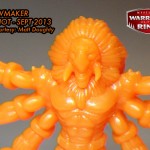