Looks like we’re in full SDCC reveal mode, as Hasbro has now joined Mattel in the reveals. Once again they broke the news through USA Today, and as many had already expected we now have confirmation that the Star Wars Black Series exclusive will be 6″ Boba Fett with Han in Carbonite. One of the collectible toys that Hasbro will have available exclusively at the pop-culture event this year is a detailed 6-inch Boba Fett action figure from the new Star Wars Black Series. What’s even better is that he comes packaged with two weapons, his iconic jet pack and the ultimate accessory: Han Solo frozen in carbonite.

Kids of all ages can relive the moments in the Cloud City of Bespin during The Empire Strikes Back where Boba Fett hauls off his prey, or the scenes in Return of the Jedi where the iconic bounty hunter has taken Solo to Jabba the Hutt’s palace on Tattooine.

The special-edition set is priced at $44.99 and will be sold at the Hasbro booth at the San Diego Convention Center July 18-21.

I’ve actually been really excited about the idea of 6″ Star Wars action figures. You might have seen me gushing about the Black Series when it was first released. And while I expected that Fett was going to be the SDCC exclusive and had already accepted that, I must admit that after seeing the $45 price tag I’m a little less excited. Sure, the figure looks nice, and he appears to come in very nice packaging with some cool accessories including Han in Carbonite. But if any of you have ever endured the Hasbro line at SDCC, you know how painful it is. I assume that Boba Fett will get a regular retail release after SDCC that will not include the Han in Carbonite. If that happens, I’m actually considering just waiting for retail. Sure, it’d be awesome to have a 6″ Han in Carbonite. I just don’t know if it’s enought o justify waiting in that line and dropping $45.

I guess we’ll see what happens in July. 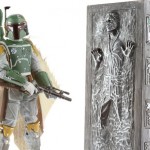 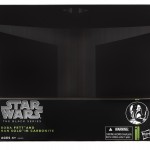 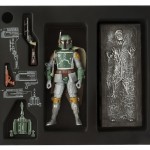 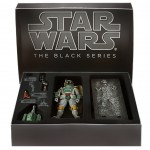 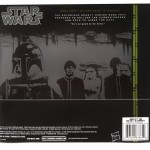