From the comic God Hates Astronauts that was recently successfully funded on Kickstarter comes the very first action figure of Gnarles Winslow!

Limit of 25, this is an art toy of the character “Gnarled Winslow” from the uncontrollable comic book and Kickstarter sensation, “God Hates Astronauts”. Every Gnarled is individually cast in resin and hand painted. He features three points of magnetic articulation (head/shoulders) and is compatible with all ManOrMonster? Studios toys. This will be the only time he will be available!
-He stands about 4 5/8″ (or just about 12cm for the metrickers).
-Designed by Brad Rader of Battle Babies Toy Art and produced by Brandon Michael Barker of ManOrMonster? Studios.
-Recommended for Ages 18+

You can pre-order Gnarled Winslow from the God Hates Astronauts Etsy store! 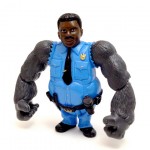 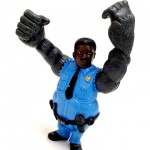 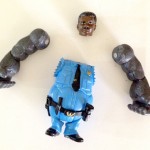 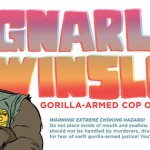