Another awesome looking “retro” style action figure line has hit Kickstarter! Click on through to learn about Eon Quest!

THE EON QUEST™ ACTION FIGURE KICKSTARTER IS A GO!

Series 1 of the 5.5’’ action figures comes to the popular crowdfunding site.

OCTOBER 15, 2014 (Champaign, IL): A new era for the 5.5’’ action figure is poised to begin, with the help of fans worldwide. Since the announcement of impending Kickstarter launch of Eon Quest, the reaction from collectors worldwide has been incredibly enthusiastic. People have already started to embrace the characters and storyline, with Captain Wolfmoon™ being an early favorite. The Kickstarter will launch Series 1, which consists of five characters—Starbreaker™, Uplink™, Captain Wolfmoon, the Magmoid™, and the Magmoid Captain™. Each figure features swappable arms, legs and heads so parts can be mixed and matched with other figures in the line. They include removable armor, unique accessories, and a free mini-comic.

The Kickstarter can be found at: http://kck.st/11pkWWh

“The response from collectors and fans has been so great, already,” says Eon Quest creator Jon Wesley Huff. “I’m really just so grateful that people have embraced the concept and the characters so quickly. If the Kickstarter is funded, there are definitely plan for more series of figures so we can quickly get all the heroes featured in the mini-comic made AND plenty of villains no one has seen yet.” For more information about Eon Quest, fans can check out http://www.eonquest.com.

About the World of Eon Quest

After a thousand years ruling the Ninth Galaxy, Lord Eon™ must call forth its greatest warriors to undertake a dire quest. Negalith™, Lord of the Void, is trying to break free of his imprisonment and threaten their universe once more. Only the combined powers of Starbreaker, Uplink, Alchemris™, Lady Lune™, Boostar™, and Lila Baron™ can stop him!

Jon Wesley Huff has been working in the Graphic Design and Marketing field for fourteen years. He currently serves as Senior Art Director for one of the leading RC hobby companies in the world, where he has learned a lot about producing products overseas. He has had a passion for illustration, action figures and comic book storytelling his whole life, which has greatly influenced the development of Eon Quest. 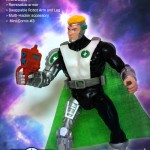 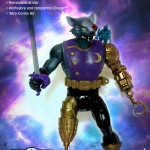 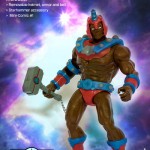 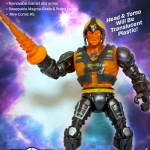 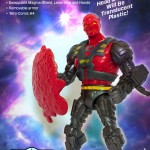