“I am a huge fan of the 90s kenner aliens and predators line (it is, in fact my favorite toy line ever). I am collecting the amazing neca predators as well. When I bought the roseart figures for my wife, son, and I to decorate as a family craft project there was no way this guy wasn’t going to become a predator! I used sharpee markers (of course) on the figure and then tapped small holes and used craft cord for his dreadlocks. I think he turned out cool and he’s on display in my living room!”

If you have a cool custom creation you wish to share, please feel free to send pictures my way and I’ll do my best to get it posted so the world can see! And no, it doesn’t have to be a Color Blanks figure. It just has to be cool. 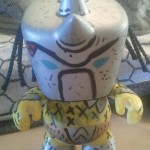 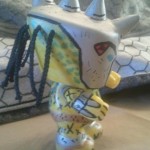 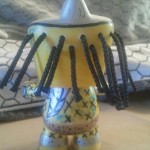 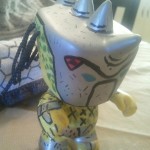