This is probably the most bizarre figure I have ever seen…but it’s also hilariously awesome at the same time!

Join me for a look at Lil Trap Jaw and Hordeasaurus from the Battle Babies Toy Art line! I’ve been following the creation of Joe Amaro’s Mystic Hammer for some time. Now it’s about ready to go, and thanks to Joe I have an in-hand sample of the final product to show off!

So join me for a look at the amazingly cool Mystic Hammer figure accessory created by the very talented Joe Amaro!

The Mystic Hammer will be available for purchase starting Friday, July 6th 2012 at this link: http://www.joeamaro.net/MysticHammer.html 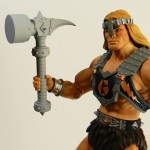 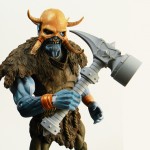 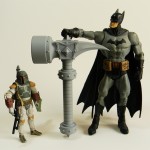 Masters of the Universe Classics Custom Heads by Kevin Kosse #3 I’ve already shown off some of the incredibly cool custom heads my friend Kevin Kosse has created for the MOTU Classics line. Today, I have a new batch of heads and accessories that I just had to show off! Pixel Dan does his ultimate MOTUC review….a review of HIMSELF as a MOTUC figure! Hunter Knight Customs made this amazing custom action figure in Dan’s likeness! How cool is that?!

Masters of the Universe Classics Custom Heads by Kevin Kosse Pixel Dan takes a look at some amazing custom heads created for Masters of the Universe Classics figures by talented customize Kevin Kosse. Check him out at http://www.facebook.com/kevin.kosse