Hot on the heels of the extremley popular NES styled Jason Voorhees figure from this year’s San Diego Comic Con, NECA has announced a follow-up figure: Fredd Krueger as he appeared in the LJN Nightmare on Elm Street video game for the Nintendo Entertainment System!

From NECA:
Freddy is the companion piece to the Friday the 13th Classic Video Game Jason, one of the hottest SDCC Exclusives this Summer. Released in 1989 for the super popular 8-Bit home console, the video game Nightmare on Elm Street is so bad… it’s good.

A cult classic if there ever was one, NECA’s Freddy Krueger (1989 Video Game Appearance) will be a fully articulated 7-inch figure done up in that truly horrifying video game deco. This figure comes in a special window box packaging with opening flap to re-create the look and feel of the classic 1989 video game packaging.

I gotta admit, I’m pretty excited for this one! I loved the idea behind the Jason figure, and proudly have him displayed in his NES style box in my game room. This Freddy will display nicely alongside him.

And this begs the question: how many more of these would we like to see? On Twitter the other day, there was a discussion among some of us talking about possible candidates based on other NECA licenses. Could a Gizmo or Gremlin figure based on their NES game work? Or what about an E.T. based on the infamously horrible Atari game? This could really make for a fun series of figures! 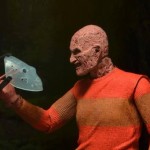 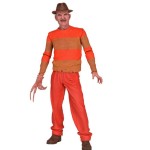 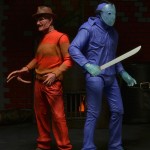 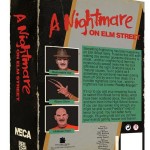 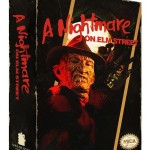