Pixel Dan: Hey Brian! Thanks for taking the time to answer a few questions about your awesome creation! Let’s start at the beginning: How did you find out about the Trash Pack create-a-character contest?

Brian Roberts: I had originally checked out Trash Pack’s website and their Facebook page as well, and that’s where I first read about the contest.

PD:  Were you already a collector/fan of the Trash Pack toys?

BR: Yes, I had started collecting them in the fall of last year, in part because they reminded me of toys from the late 80’s-early 90’s in terms of their scale and also the gross/fun factor.

PD: I definitely agree! So what were the requirements of entering the contest? BR: First you would download a design template from their website and then draw a design based on that template. After that you would email your entry to the address the company provided. The company judged the entries according to specific criteria like creativity, product marketability, and originality. They would choose three winners for the United States and three for Australia.

PD: Your winning character definitely fits right into the theme of the line! What was your inspiration for coming up with your character Macaroni and Sneeze?

BR: I was focusing on coming up with ideas based on the “Grubz” or “Hard Rubbish” groups within the collection, and the visual of a gross, snot covered bowl of macaroni and cheese was something I thought would make a perfect toy for Trash Pack. It was obvious that the name “Macaroni and Sneeze” was a great fit as well.

PD: How did you learn that you’re entry was chosen as the winner, and what was your reaction?

BR: I received an email from Moose Toys at the end of January informing me that I had won and was thrilled that my design had been chosen!

PD: That must have been incredibly exciting! I understand you received a pretty impressive prize for winning. Tell us about that!

BR: I received a custom sculpted & painted model of my trashie. It’s permanently inside of a small acrylic display case with a backing card showing the Trash Pack logo and the name of the trashie. For each winner they received one model, and the toy company made and kept a duplicate, so I guess technically there are two of each in existence. They also included color prints of my original artwork and the in-house artwork of the character based on my design. PD: Very cool! How do you have your special prize displayed?

BR: I have it sitting on my shelves alongside the other Trashies in my collection.

PD: Did you receive any other prizes for winning?

BR: They also sent the Garbage Truck toy that was released during Series 1 along with a couple of Series 2 sets that were available in stores at the time.

BR: Definitely! I’ve picked up a few packs of Series 3 and they keep improving in terms of character designs, colors, and variations. Hopefully Moose Toys will keep coming up with new ideas for trashies for quite awhile!

A very special thanks to Brian for sharing his story with me and everyone, along with all of the awesome pictures he sent of his prize! Now how do we petition for Macaroni & Sneeze to get a mass release? I want one! 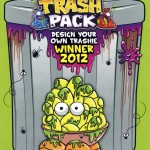 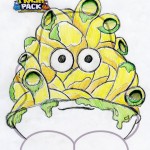 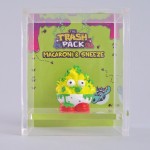 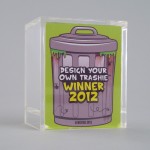 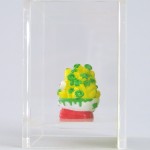 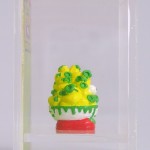 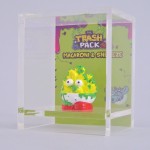 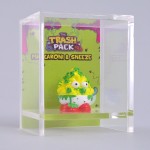