From Joe: So…I have good news and bad news…

First let me say this is by far the most complicated fan project I have ever done!
Coordinating everything was a huge task! I love the end results, it looks like production…but it’s not…it’s fan made by hand! Above are pictures of the final Manta Raider in packaging.

The good news is that the casts of the Manta Raider arrived yesterday!
So we are moving forward. I was freaking out!

The bad news is I will not be doing a pre-sell for the Manta Raider and we will have very limited stock at Power Con. These will be for sale at Rudy Obrero’s booth.
NOTE: It is one per customer and the price is $50.00

But not to worry, the rest of the Manta Raiders will be sold online after Power Con to everyone! Rudy has agreed to sign all the back cards so every Manta Raider will come signed, in case you missed the opportunity at Power Con. That was the main reason I wanted these for Power Con.

Keep checking my Blog and Twitter for updates.
I will let you know with plenty of time in advance.

As a bonus I also attached pictures of the Manta Raider and Pilot (based on Rudy’s painting) that I donated to The Power-Con / ThunderCon Charity Auction.

The auction will take place during the convention on Saturday, September 22 from 4:00pm – 6:00pm.
Fifty Percent of the auction’s proceeds will benefit Keep A Child Alive.
Keep A Child Alive provides treatment, love, and support to families affected by HIV/AIDS in countries around the world. 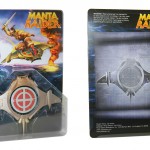 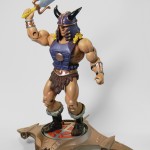 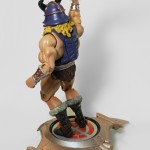 Leave a Reply to The Rook Cancel