Designed with the ultimate Marvel collector in mind, the figures come in a re-sealable plastic outer clam shell to help protect and display these limited edition collectibles. The first limited figure available will be the Black Suit Spider-Man that you can pre-order today at this link, but that’s not all! Use the code SecretMarvel20 at checkout to save $20 off your purchase today only, November 19th! The next figure to be released will be the Secret Wars Hobgoblin figure.

So, are your wallets crying yet? While I love the idea of the jumbo figures, I just can’t collect them all. Not only are they pricey, but space is always an issue as well. I do have a few of Gentle Giant’s Star Wars jumbo figures, as well as Mattel’s MOTU jumbos. The G.I. Joe jumbos look great, but luckily I feel ok passing on those since I don’t have too tight of a nostalgic bond there. But man, these Secret Wars figures are tempting. I may have to get at least Black Suit Spidey and Wolverine.

How about you guys? Planning to buy any? 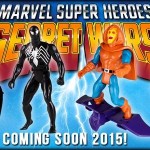 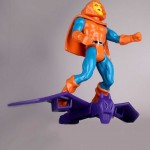 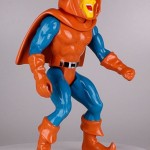 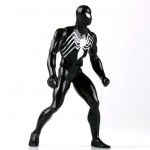 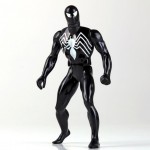