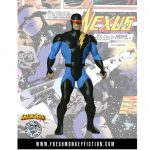 The latest Star Wars toy book from Philip Reed is now up on Kickstarter! I’ve been a big fan of Philip’s Star Wars books so far, and this one looks to be another must-have!

A Galaxy of Action Figure Savings, a companion to last year’s Collect These Figures and Accessories, is a 96-page hardcover book loaded with newspaper ads, toy photos, commercial screenshots, and images of related marketing materials that I have managed to chase down. As with last year’s collection of newspaper ads, the advertisements featured in this book were captured digitally and edited in Photoshop.

Over two hundred images are packed within this book, giving all of us a closer look at Kenner’s Star Wars toys as they existed when new in stores. You can see the actual sale prices for the toys and follow along as Kenner’s Star Wars line fades at retail.

You can check out and back A Galaxy of Action Figure Savings on Kickstarter HERE. 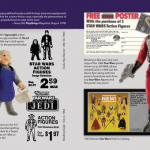 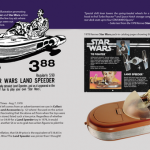 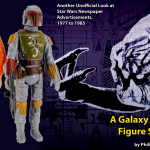 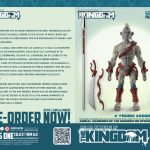 News
Animal Warriors of the Kingdom, Kickstarter
13891No Commentshttps%3A%2F%2Fpixel-dan.com%2Fanimal-warriors-of-the-kingdom-series-1-now-available-on-kickstarter%2FAnimal+Warriors+of+the+Kingdom+Series+1+Now+Available+on+Kickstarter2017-05-15+15%3A38%3A02Pixel+Danhttp%3A%2F%2Fwww.pixel-dan.com%2F%3Fp%3D13891

Masters of the Universe Classics Pre-Order from Super7 Begins May 5th! Super7 is excited to announce the pre-order for the next wave of the Masters of the Universe Classics action figures! The line of deluxe 7-inch action figures continues with four brand new characters, sculpted by The Four Horsemen.
The MOTU Classics pre-order for Quakke, Fangor, Hawke, and Lodar will start on Friday, May 5th at Super7Store.com. Stay tuned for details on pricing and ordering information.
News
Masters of the Universe, Masters of the Universe Classics, MOTUC Reviews, Super 7
13859No Commentshttps%3A%2F%2Fpixel-dan.com%2Fmasters-of-the-universe-classics-pre-order-from-super7-begins-may-5th%2FMasters+of+the+Universe+Classics+Pre-Order+from+Super7+Begins+May+5th%212017-04-28+16%3A31%3A47Pixel+Danhttp%3A%2F%2Fwww.pixel-dan.com%2F%3Fp%3D13859 This is your friendly reminder that Sunday, April 30th is the LAST DAY to pre-order your Power-Con Exclusive Masters of the Universe Classics figures from Super7!

These awesome 3-packs are being made to order, so missing the pre-order means you miss the figures at these prices.

Details for Attendee and Non-Attendee Exclusive Orders can be found here: http://www.thepower-con.com/tickets/ If you want more information on these 3-packs, check out my video detailing the releases here:

News
Masters of the Universe, Masters of the Universe Classics, Power-Con, Power-Con 2017, Super 7
13854No Commentshttps%3A%2F%2Fpixel-dan.com%2Fpower-con-exclusive-masters-of-the-universe-classics-exclsuives-pre-order-ends-april-30th%2FPower-Con+Exclusive+Masters+of+the+Universe+Classics+Exclsuives+Pre-Order+ends+April+30th2017-04-28+16%3A30%3A19Pixel+Danhttp%3A%2F%2Fwww.pixel-dan.com%2F%3Fp%3D13854

He-Man Movie in 2019?!?! – Quick Thoughts on the Masters of the Universe Movie

Boss Fight Studio, in conjunction with Neal Adams’ Continuity Studio is proud to debut the first, full look at the brand-new Bucky O’Hare and Jenny action figures!
The brave adventures from S.P.A.C.E, as created by Larry Hama, Michael Golden and Cory Adams are faithfully represented for the first time as fully articulated action figure collectibles.
Boss Fight Studio is proud to bring Bucky fans the never-before released Jenny figure! If you’ve been waiting since the 90’s to complete your Bucky collection, now is your chance! Best yet, these long-awaited figures come to you with character customizable features; each includes interchangeable expressions and hands.  Additionally, because no hero is complete without signature accessories; Bucky includes his trusty blaster pistols and Jenny special magic effects pieces.
Boss Fight isn’t stopping there! We already have product plans underway for additional variants of Bucky and Jenny, as well as the rest of the Bucky O’Hare cast of characters!
Boss Fight Studio will run our pre-orders beginning June 1st. The first two figures in the new Bucky O’Hare collection are expected to ship to you late Fall 2017.

Pixel Dan reveals new images and information for the upcoming Masters of the Universe Classics Power-Con Exclusives from Super7!

Announcing Ego and Star Lord 6-Inch Marvel Legends Figures from Hasbro!
You’re not gonna want to miss this! Brand new Guardians of the Galaxy Volume 2 2-pack, including Ego, a figure that won’t be available in any other set. And guess what? Entertainment Earth gets the first shipment.
Pre-order this incredible set to get it BEFORE ANYONE ELSE this summer!