Happy Holidays from the Pixel-Dan.com Family! From my family to yours, wishing you all a Merry Christmas and Happy Holidays! Hope you all have had a great time this season.

Thank you all from the bottom of my heart for all of the love and support you have shown. You all mean so much to me. From days of long ago, from uncharted regions of the universe, comes a legend. The legend of Voltron, Defender of the Universe!  A mighty robot, loved by good, feared by evil! Now you can take control of all five Lions from the classic television series.  This line features all new technology, which means that all five of the Classic Legendary Lions combine to create the most advanced Voltron ever! 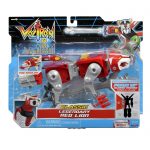 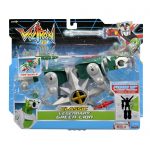 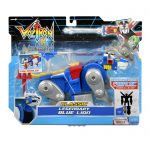 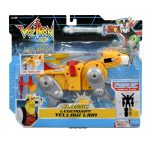 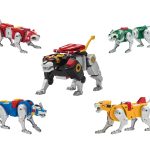 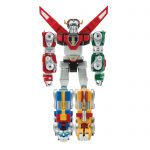 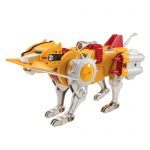 SECOND ANNUAL PLAY FAIR, A PUBLIC CELEBRATION OF PLAY AND ENTERTAINMENT FOR ALL AGES, RETURNS TO

WHAT: Play Fair, a public celebration of play and entertainment for all ages, brings new and beloved toy and pop culture brands together under one roof for an interactive and fun-filled live event open to families, fans and media.  A joint venture between the Toy Association and LeftField Media and presented by Spin Master and Toys “R” Us, Play Fair is nearly double in size in 2017, providing greater ways for children, parents, teenagers and fans to play! Families and fans will be delighted with hands-on exhibits and demonstrations, awe-inspiring displays, talent appearances, dozens of toy and entertainment brands, and never-before-seen exclusives. Attendees also receive a first look at the nominees for The Toy Association’s 2018 Toy of the Year (TOTY) Awards.

At Play Fair attendees can feel, touch, and take home their favorite toys and games — and be the first to glimpse the toys of tomorrow from more than 40 exhibitors including ALEX Brands, Cartoon Network, Hasbro, Just Play, K’nex, LEGO, Midtown Comics, Moose Toys, Nickelodeon, Spin Master, The New York Doll Company, Toys “R” Us, VTech, Kvellix, Inc. (NUTSO) and WowWee. See firsthand which toys, games, and entertainment will be the biggest hits this season, just in time for Black Friday.

GIVEAWAY: Enter For a Chance to Win a TMNT Samurai Usagi Yojimbo with Horse Figure Set Autographed by Stan Sakai from Playmates Toys! Use the below Rafflecopter Contest Form below for details on how to enter to win! You can enter multiple times using the various entry options!

The contest will run August 5th, 2017 through August 15, 2017! A winner will be chosen at random. The winner will be sent their prize pack directly from Playmates Toys!

For more details, check out this video!

Thanks for entering! GOOD LUCK!

NECA Toys has done it again! Our friends over at The Fwoosh have just revealed the upcoming San Diego Comic Con exclusive with an amazing photo gallery! Get over there and check it out ASAP!

This set of 8 figures are all based on the original TMNT animated series from Fred Wolf. All four Turtles, two Foot Solders, Shredder, and Krang (!!) are all included and look like they jumped straight out of the cartoon! Also included are a ton of cartoon accurate accessories!

This is seriously contender for best set of TMNT action figures ever produced, if not already the clear-cut winner.

Pre-orders for pick-up at San Diego Comic Con as well as a non-attendeea shipping option will be made available in June at thenecastore.com! Stay tuned to NECA on Twitter for more details on the sale! 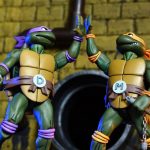 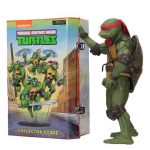 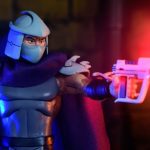 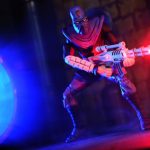 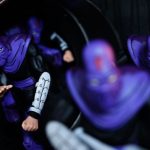 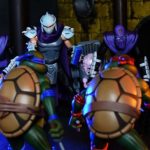 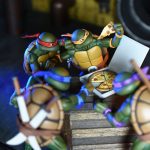 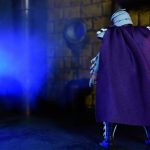 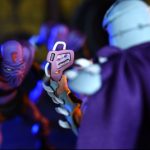 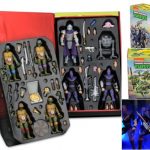 Four Horsemen Design has released information on their current schedule, which teases two figures from an upcoming Mythic Legions wave that appear to have a pretty desticnt Masters of the Universe vibe! These two figures will be available first at Power-Con, but pre-orders will also be made available to get them later on. Details in the press release below.

We wanted to give everyone a heads up on what’s going to be happening here at Four Horsemen Studios and on Store Horsemen in the very near future. Obviously, this schedule is subject to change depending on circumstances, but this is what we have to share with you right now…

5/24/2017 – MYTHIC LEGIONS: COVENANT OF SHADOW, MYTHIC LEGIONS: ALL-STARS 1.0, & MYTHIC LEGIONS: TROLLS SALE ON STORE HORSEMEN! – All of these items will be going back up for sale on Store Horsemen one week from today, Wednesday, May 24th at 3:00pm EST. These figures will all be sold as individual items, rather than as sets, except for the “Double Trollble” set which contains both the Stone Troll and the Forest Troll at a slightly discounted price. Quantities of these items are limited, but not nearly as limited as with the previous Store Horsemen in-stock sale, so you shouldn’t have a problem getting all of the figures from these waves you want. Fingers crossed… Also, we’ll be throwing a few surprise warehouse finds from previous Store Horsemen sales up there at the same time as well, so be sure to keep your eyes peeled for those!

7/19/2017 – SAN DIEGO COMIC CON! – The Four Horsemen will be traveling to the 2017 San Diego Comic Con (7-19 through 7-23) where they’ll again be sharing a booth with Icon Heroes to once again display various Four Horsemen related items, give you a sneak peek at upcoming projects, and to launch the pre-order for the next wave of Mythic Legions! More details on all of this in the near future, but check out the sneak peek at the two figures that will be making their debut at the 2017 Power Con from that upcoming wave.

LATE SUMMER/EARLY FALL 2017 – FINAL PRE-ORDERS FOR MYTHIC LEGIONS: ADVENT OF DECAY! – We’re going to be able to squeeze in one final pre-order for the items that were offered during the Mythic Legions: Advent of Decay Kickstarter campaign before we’ll have to have all of the final production numbers in to the factory. It’ll probably be a very short pre-order of only a week or two, so we’re giving you an early heads-up about it now, and this pre-order won’t delay the production process of the Mythic Legions: Advent of Decay at all. Tooling patterns for this wave are already at the factory in China and they’re going through the tool making process as we write this announcement. More details on this pre-order to come as we get closer.

9/9/2017 – MYTHIC LEGIONS DEBUT AT POWER CON 2017 – Power Con – The He-Man and She-Ra Toy & Comic Book Experience is returning this year to Los Angeles, California September 9th & 10th, and the Four Horsemen will be there meeting fans, attending panels, and selling the first two figures from the upcoming wave of Mythic Legions! The Store Horsemen pre-order for these two figures, along with the rest of the wave, will begin during San Diego Comic Con 2017, but you’ll actually be able to purchase and have these two in-hand months before the Store Horsemen pre-orders are shipped by buying them at Power Con!! There will be a limited number of these two figures sold at Power Con, and there will be no Power Con pre-orders for this early bird shipment. You’ll have to be at Power Con in order to get your hands on these two months before the Store Horsemen pre-orders for them are shipped. We’ll have more info on this as Power Con 2017 gets closer, but for now, check out the sneak preview of these two figures below!

LATE FALL/EARLY WINTER 2017 – MYTHIC LEGIONS: ALL-STARS 1.1 – A lot of people have been asking us for a re-release of characters that have long since sold out from Mythic Legions 1.0 & 1.5. We definitely want to get those figures into the hands of the Mythic Legions fans that want them, but we’ll have to do it in a way that will work as far as our production numbers go. So, what we’re considering doing with this is that instead of trying to sell every single figure from Mythic Legions waves 1.0 and 1.5 all together at once, we’ll continue the “All-Stars” format where we’ll open a poll on the Source Horsemen message boards, and allow fans to choose which characters should be included from Mythic Legions waves 1.0 and 1.5 into the next Mythic Legions: All-Stars wave. We’ll post announcements about the beginning & end dates of that poll, as well as the start time for the pre-orders on this wave as we get closer to the event.

That I have two VLOG series on my channel?

The Pixel Dan Vlog gives you a glimpse into my life on the road, doing this crazy adventure through the world of toys! Follow me to New York Toy Fair to learn what I put into covering the event, follow me to Colorado and get a behind the scenes look at filming the series “From Plastic to Pixels,” and more! This Vlog will always be updated with new content as I travel to various places such as San Diego Comic Con and more! It’s a fun look at what happens behind the microphone and camera of Pixel Dan.

Toy Hunting with Pixel Dan is my Vlog series that follows me to toy shows, toy stores, and conventions in search for cool new pieces for my collection! One of my favorite things about toy hunting is just seeing all of the cool stuff that’s out there. Sometimes it’s rare, sometimes it was forgotten until I stumbled upon it. But it’s always fun, and I wanted to start capturing those experiences for others to enjoy with me!

I hope you enjoy these shows on The Pixel Dan Channel! I love to keep a good mixture of different types of toy related content on my channel, because it’s ALL fun to me and I enjoy sharing my passion with the world. Of course, you can still find normal toy reviews and more!

Help me out my sharing, subscribing to my channel, hitting the “Like” button on the videos you enjoy, and leaving me comments!

Thanks everyone! I appreciate you all!