The new action figure line from Spy Monkey Creations known as The Weaponeers of Monkaa is on sale NOW! You can order them directly from WeaponeersofMonkaa.com! And click through for the official press release and images! Spy Monkey Creations Inc. is proud to announce the debut of their new original property:  The Weaponeers of Monkaa!
Enter the world of the Weaponeers of Monkaa!
Witness the eternal battle between the heroic Gearo and the evil Vilhain as it rages across space and time!   Empyreus, Palidar and their Gearo defenders protect the cosmos from Umbreus, Brutok and the ravening Vilhain hordes!   Discover the secrets of the mysterious Gohlem;
will they follow the path of good or evil?
Join the battle and decide the fate of The Weaponeers of Monkaa!
The Weaponeers of Monkaa will introduce fans and collectors to a new world of fun and adventure. Meet the heroic Gearo and the evil Vilhain. Join in their epic cross-dimensional battle. Decide what path, good or evil, the beings known as Gohlem will walk. Play with and display them as they are or rebuild and customize each character your way. The possibilities are endless!

Products that will be available include interchangeable action figures and accessory packs utilizing the amazing Onell Design Glyos system. Each injection molded PVC action figure and accessory set will be fully customizable and compatible will all Glyos System products including Onell, Callgrim, The Outer Space Men, and Banimon!

The first series of Weaponeers of Monkaawill be comprised of the following;

Additionally a special Weaponeers of Monkaa Extra Head Pack is available which includes 6 character heads in colorways available nowhere else! Each pack includes 10 interchangeable parts.
$5.00 each.
Finally, in celebration of the debut of the Weaponeers of Monkaa, we’ll be lowering the price of all remaining stock of our Spy Monkey Armory to $15.00 each!
Online sales will begin on Monday, October 1st, at http://www.SpyMonkeyCreations.com at 12 noon PDT.
Please visit http://www.WeaponeersofMonkaa.com for more information!
Please also visit our partner sites http://www.OnellDesign.com, http://www.Callgrim.com, http://www.FourHorsemen.biz and http://www.Banimon.com to find out more about the the entire range of Glyos System products!
“We are the architects of the cosmos, we must forge that destiny wisely.”  Empyreus – Heroic Leader of the Gearo
About Spy Monkey Creations Inc.
Spy Monkey Creations Inc. is based in Los Angles, CA. Spy Monkey Creations Inc. is your source for unique action figures & accessories. Our mission is to create toys and accessories that combine today’s quality with what made toys fun in years past. At Spy Monkey Creations we strive to offer you innovative action figures and accessories for both the collector and the kid in us all!
Please visit our website at http://www.spymonkeycreations.com 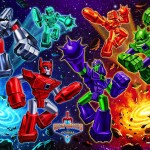 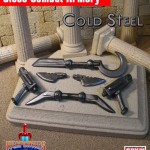 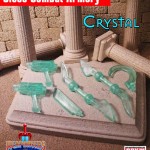 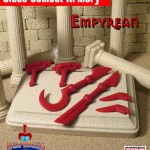 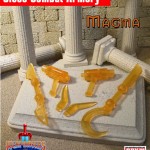 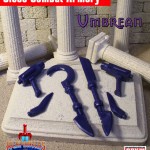 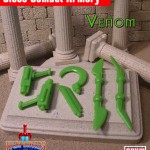 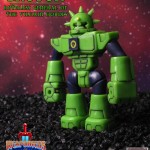 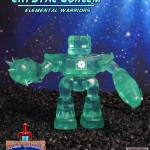 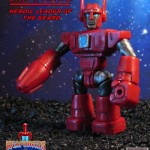 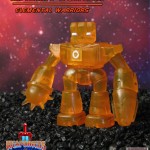 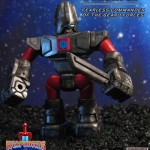 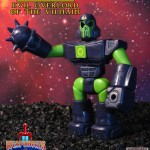 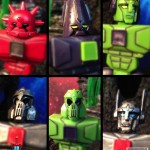