Day 4 of Mattel’s San Diego Comic Con Exclusives reveals even more Hot Wheels goodness, as well as a new collectible for Barbie fans. Click through to check out the details. The Caped Crusader has met his match… the purr-fectly beguiling Catwoman toys with Batman™ while planning fantastic jewel heists! Her acrobatic skills and seductive style have been featured in the original comics, the live action TV shows, blockbuster movies and multiple animated series, and now Barbie® doll takes on the role of this famous DC Comics character wearing a re-creation of the iconic BATMAN Classic TV Series costume, complete with mask and cat ears!

Wow. The licensing for the 60’s Batman series is in full swing, isn’t it? This is a very common thing for Mattel to do with their licenses, unless it’s Masters of the Universe. I’m still waiting on a Teela or She-Ra Barbie. But there have been many Barbie’s themed after popular characters from movie and TV for years now. Julie Newmar as Catwoman will certainly make for a popular collectible Barbie, I have no doubt. We  love it when a plan comes together! The members of the A-Team were the top  action adventure heroes of the ‘80s, and their van was one of the reasons why.  This updated A-Team Custom GMC Panel Van features “mud” deco added to  the wheels, body, and window, and arrives housed in an ammo box-style package.  We pity the fool who doesn’t snag this cool ride! Features include Real Riders® wheels and diecast body and chassis.

This  product will be available for pre-order at MattyCollector.com on June 4, 2013,  to be picked up at San Diego Comic-Con (details to come). It will also be  available for purchase at the show.

As I said yesterday, I’m not a big collector of Hot Wheels by any means. But there are a lot of folks who buy up everything produced. This A-Team van is pretty cool looking, and while I’ll be passing on it personally, I’m sure many fans will scoop it right up. 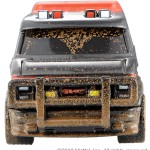 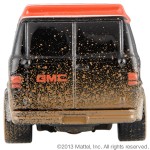 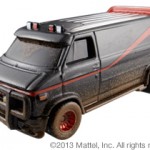 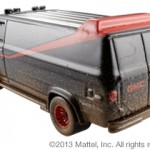 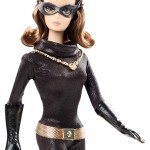 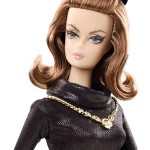